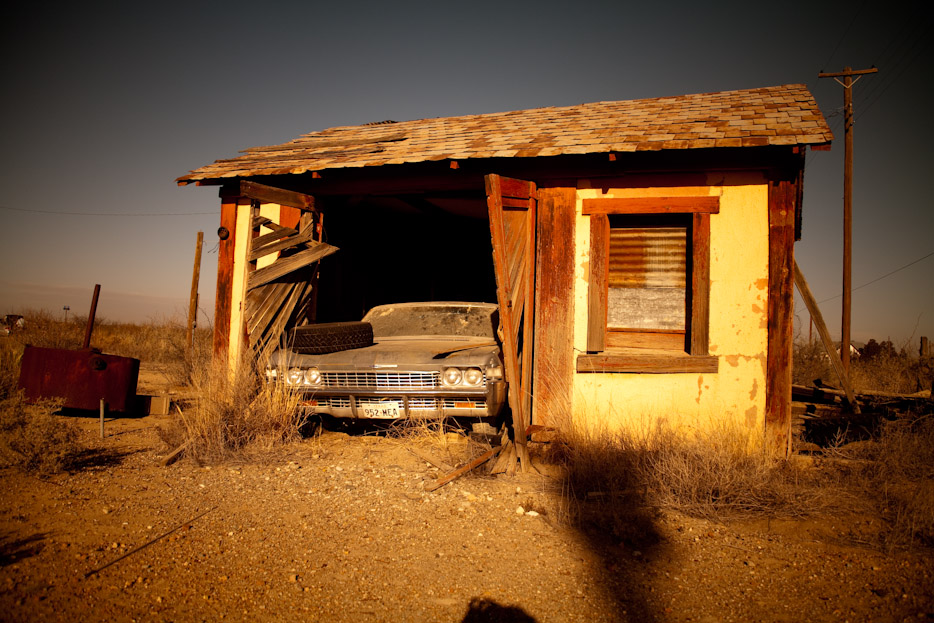 I finally had the chance to post some images that were taken in Toyah, Texas on our return trip from Alabama this past January. What we had thought to be a ghost town on our way out to Birmingham, turned out to be quite different. We were unable to stop on the way out as it was almost dusk and the lighting was poor. That night at the hotel, I got out my laptop and did some research. From the images I found on Google I knew we had to stop there on our way home.

There’s not much there today but a bunch of old abandon buildings and that’s the kind of subject mater I like to shoot.

When we got there we realized it’s not a ghost town and there are still people that live there. There were even some dogs roaming the streets so I had to keep moving.

With a little more research I was able to find out that the Census that was taken back in 2000, 100 people still lived there.

Thanks for stopping by.