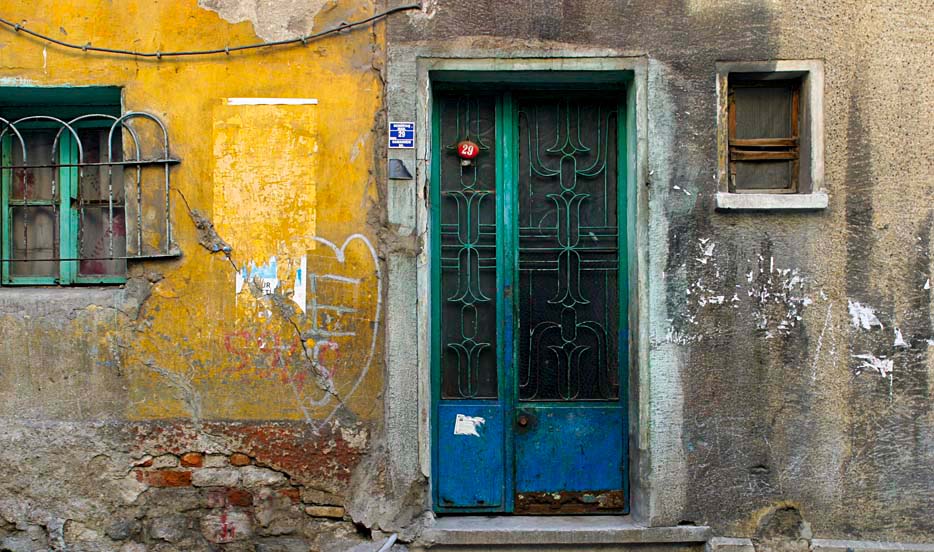 For those that were unable to attend my show and talk last Friday at The Village Chapel’s Creative Arts Potluck, I thought I’d do a post about my story, my process and what was shared.

So, while my show is called The Journey, I ended up titling my talk, “The Dilemma” – How do I get 32 years of learning, experimenting, internal frustrations, exploration and process into 15 minutes. So here we go…

I believe that art or the creative process is the outward manifestation of our internal processes and struggles. What I capture and create is a window to the things I’ve wrestled with through the years: loneliness, isolation, abandonment, fear… And while I’ve come along way and  have learned a lot, I still have farther to go. The journey is daily and it requires faith. That too is a daily process.

Two things that inspire me to go shoot: its often music and a sense or need to capture a place or moment in time.

Looking back, my earliest memories of knowing I had some sense of creativity comes down to two different experiences.

The first came when I was sitting in the old chapel at a church in northern Ohio at age 10 or 11 and watching the light play through the beautiful stained glass windows as the clouds passed in front of the sun and being in awe. There was something mysterious and magical about that.

The second (still living in Ohio in the 70’s) was anytime we went to Kmart. I was always drawn to the record section. I could spend hours there looking at various album covers and 45 sleeves. There was something mysterious, magical and exciting about that as well. And while I didn’t know what “it” was called, I knew that there was power there.

The power to communicate with images, words and pictures and I wanted to be a part of that world in some way, or somehow as I grew up.

I was always a pretty quiet, shy kid so when the opportunity to take a photography class in my junior year of high school came around, the one thing I wanted that year for my birthday, Christmas and whatever other holiday I could dream up was a camera.

I got a Canon TLb, a bag, a lens and some rolls of film. Then the reality hit, oh man, I have no idea what I’m doing and kind of freaked out internally. I wasn’t great at the technical tests that the teacher gave. Had a hard time rolling film in the dark. Often over exposed or under exposed my prints and generally fumbled around. But it didn’t matter. What I loved was that I had a tool, a piece of equipment that could capture what I was feeling inside.

I’d set off for the hills and the back roads looking for anything off the beaten path. Later on that would include roaming around downtown L.A. late at night (see image below) or the wee hours of the morning as the sun would rise over the empty streets of the industrial warehouse district. 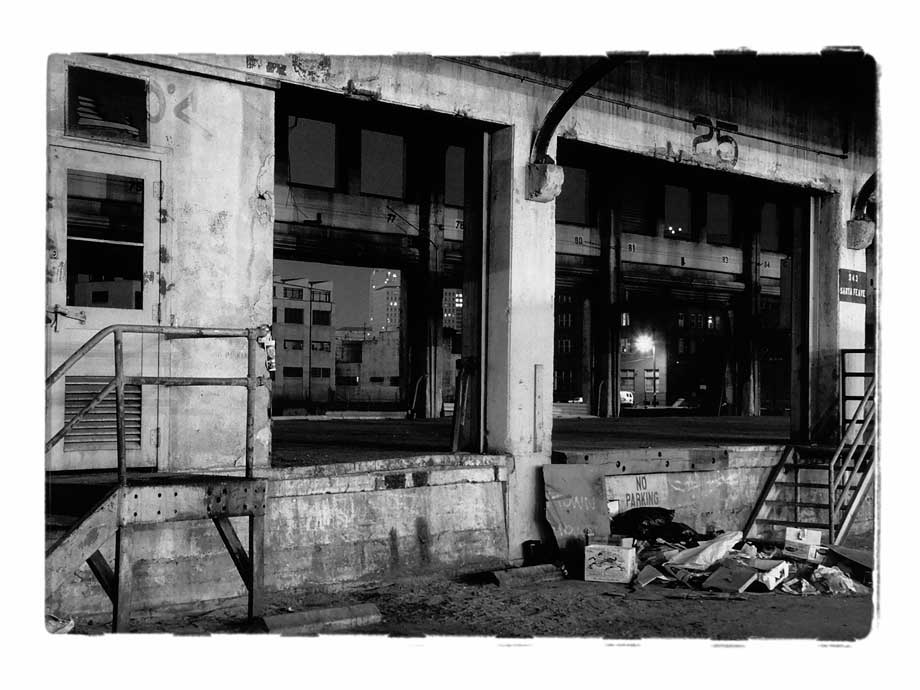 I’ve always been fascinated by barren landscapes, abandoned buildings and cars, ghost towns, vintage signage… Anything that was old, broken and forgotten. Because that is how I felt inside.

I’ve spent a lot of my life putting on a show, dressing up to impress those around me and having to fake it till I make it, which in a lot of ways feels cheap and disingenuous.

But through the broken windows, rusted out car bodies, weathered buildings and desert landscapes I found a home, a space and a voice in my photography. I also heard a voice. One that’s never been loud or obvious, but one more like a whisper. “You are not alone. Be not afraid. I am with you.”

So how does this all fit into my process?

Well, every image, like me has a story. One that needs to be told. So depending on where I am at there is usually a concept behind it.

My early work was black and white because I could never get color to work for me and I wanted the viewer to create their on emotional connection instead of being influenced by color. My college girlfriend’s dad taught photo at Venice High in L.A. and he had a dark room in his garage so I had access to the equipment if I carved out the time.

I’d often spend hours in there working away on developing images, playing with alternative techniques, using wads of paper towels or rags dipped in developer or even brushes to paint in an image. For me this was magical. To expose an image with light on a piece of paper and watch as the various parts came into view before putting it in the stop bath and freezing that image forever.

I spent lots of time visiting galleries and looking for work that inspired me. I helped at art auctions where I got to handle very expensive works by famous and not so famous photographers and visual artists.

One key event I remember very clearly was an opening featuring the digital work of Graham Nash of Crosby, Stills and Nash. He was an originator and pioneer in the digital printmaking field and his show was all vintage photographs from their tours and time on the road. This was pivotal for me. I felt it was like another another affirmation, that this is what I’m called to do.

Over the years, with lots and lots of practice I eventually made the switch to digital. I began to use color and continued to experiment with toning processes to achieve the effects I was going after but using Photoshop and eventually Lightroom as a means to create these resulted instead of a darkroom. The fundamental principles still applied but I was just using different technologies.

In the dark ages, way before cell phones, instagram and tons of filter type apps, I spent time creating my own vintage overlays and masks using charcoal, ink, splatters and solvents on paper later to be digitized and used in Photoshop to give each image an antiqued look if it called for it.

For the Budapest, Prague and Istanbul series, I wanted to create toned prints using lots of overlays and imperfections much like Brassai, Cartier-Bresson and Sudak who would have lugged around those large 8×10 field cameras and their coated glass slides back in the day. All three of these destinations have rich, dark histories that still bare the scars of wars and other historic atrocities. I often wonder in the nooks and crannies that run along the back allies or exploring old attic spaces, who hid here in fear of their life and what was their story. 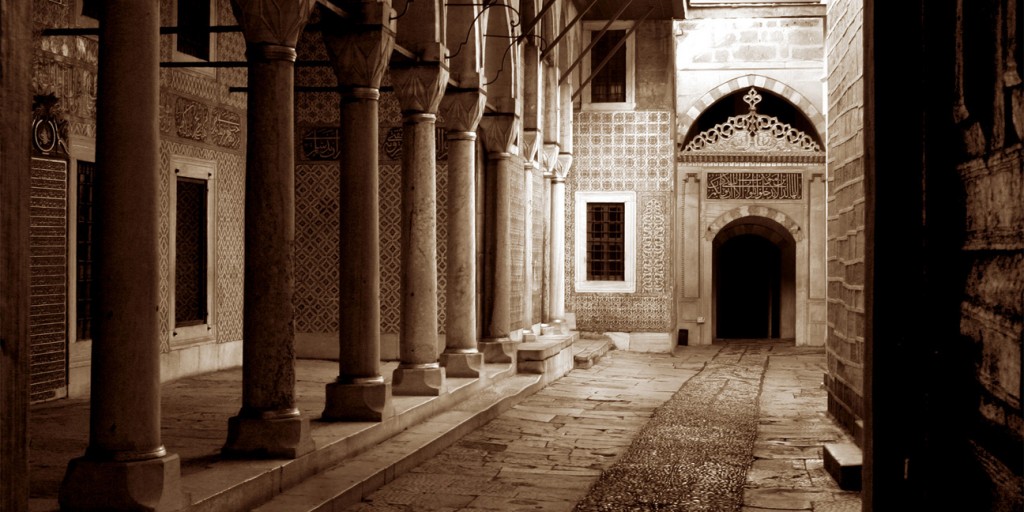 For Cuba, it was like finding some old rolls of film in one of my parents or grandparents drawer that had expired and hadn’t been processed yet. Stuck in time, the weathered buildings and beat up old cars still running after a political ideaology had overtaken it in the 60’s. This is how a lot of the world lives. Run down, poor, oppressed. It not about celebrating this thing or that I guess, as its more about these places and people have withstood the test of time. They are still standing, still living, and going about their lives. It’s about seeing the world through a different lens. Its about learning to be thankful in all situations because somewhere someone is going through something far more challenging than what I am.

I think war photographer Don McCullin says it best, “Photography for me is not looking, it’s feeling. If you can’t feel what you’re looking at, then you’re never going to get others to feel anything when they look at your pictures.”

I think over the years, I’ve had a few people say, your stuff is dark, moody, depressing, why don’t you do sunsets and beaches… Stuff like that, you know, fun, happy stuff. It used to hurt my feelings because I felt like they weren’t listening or asking why I chose to shoot that, crop or tone an image the way I did. That doesn’t bother me as much anymore. Its fun to tell the story behind a certain image but I guess I get more joy of of hearing what it means to them. Where does this take you, what do you feel… I’m still drawn to the same subject matter, its just now I have a different perspective.

I think the thing is to find what inspires you. I constantly have to remind myself to not limit myself. Hold fast, believe in your art and your craft and KEEP ON CREATING. KEEP EXPERIMENTING EVEN WHEN IT HURTS, EVEN WHEN YOU DON’T WANT TO or EVEN WHEN NOONE UNDERSTANDS, JUST KEEP DOING IT.

Is there any education that has been helpful?

I’ve attended a lot of Photoshop and Lightroom seminars over the years in order to keep up with the tools of the trade but it really comes down to being in it in real time. Learn, fail, mess up, mess up again, spill something and discover those moments  I call  “happy accidents”. Creating is an ongoing process of mostly unsuccessful attempts until you find what is that keeps you coming back for more.

I think the best foundational education you can give yourself is finding that desire deep down to want to learn, the freedom to make mistakes, accept your failures and surround yourself with those who inspire you and will tell you, “it sucks.” Hopefully those are the same ones that will tell you “that’s brilliant.”

Find work that inspires you, find those who like exploring and shooting the same type of subjects. Find a mentor, someone who’ll take you under their wing and push you to look at things from different perspectives.

Lastly, get involved in your creative community.

Photography will always be a language in which I communicate because the play of light and shadows is mysterious and magical. It is a way to capture a memory, a moment or a felling in time. Forever. To be able to look back, know where I was and realize I’ve climbed those mountains, I’ve walked those valleys and by the grace of God I’m still here.

Life is always changing and growing into something new. I’ve never liked being locked into a certain style or process so I’m curious to see what the next chapter of life and exploration brings. It’s much like faith. God has a way of transforming our mistakes, shortcomings, scars, imperfections and redeeming them into something greater.

There were also some great questions in the Q&A afterwards, so I’ll be doing a separate post for that in a few days. Stay tuned!