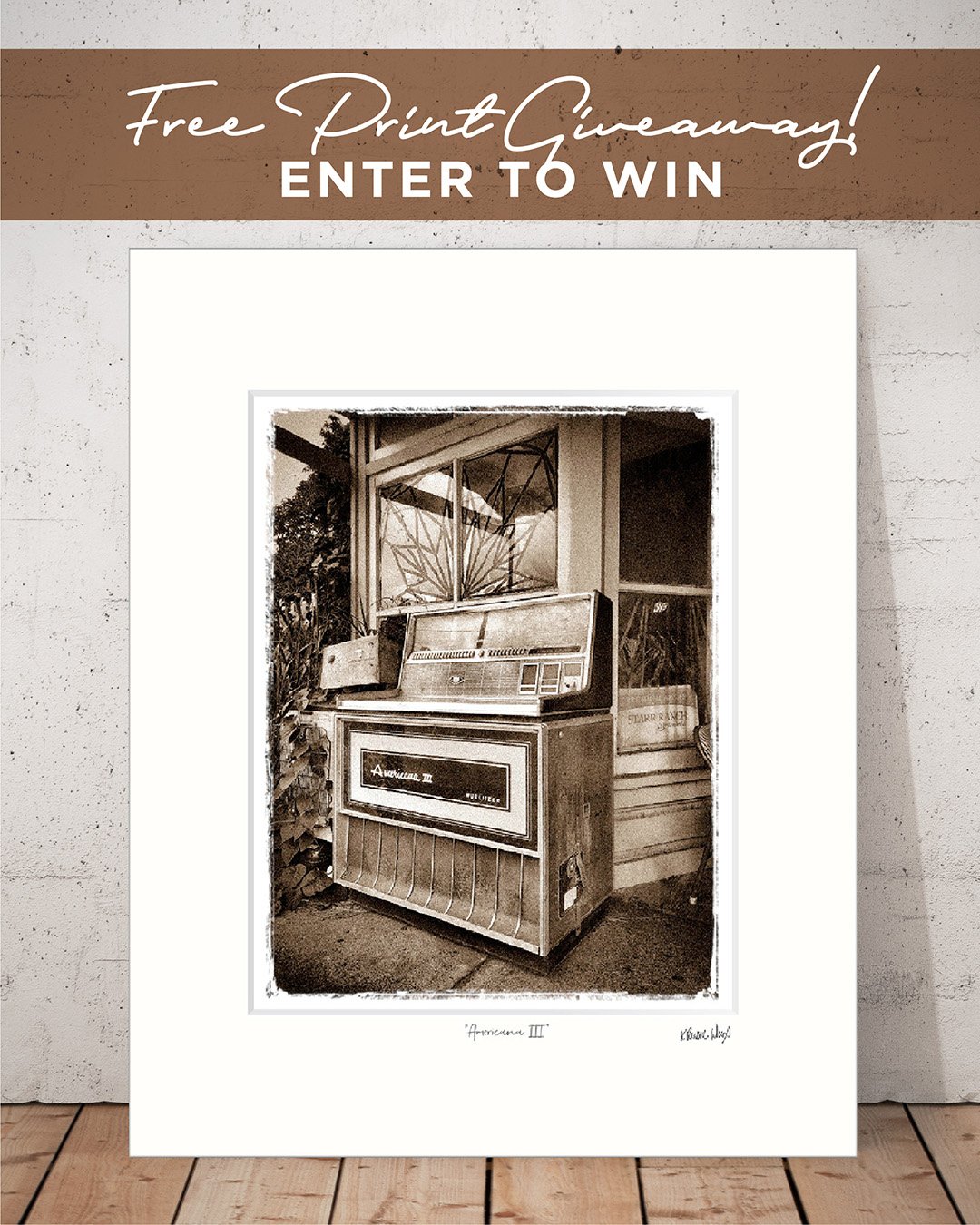 ICYMI, last Thursday, I launched my new store front where you can now order photo prints of my images as well as original paintings online.

In celebration, I’m giving away, this awesome, 11×14 matted print of a cool vintage jukebox I found while taking an all day tour of the Big Island in Hawaii.

I love the way the light and reflections play off this vintage jukebox. We decided to take a day long road trip around the Big Island. I discovered this roadside find while out walking the little town of  Hawi, HI. This was one of two towns that were once busy commercial centers during the operation of the Kohala Sugar plantation.

That geometric mandala made out of electricians tape is also very cool.

The Americana III – 3300 jukebox was produced by Rudolph Wurlitzer Co. in 1969 and was just one of the 200 different machines that were released under this trade name, starting in 1933.