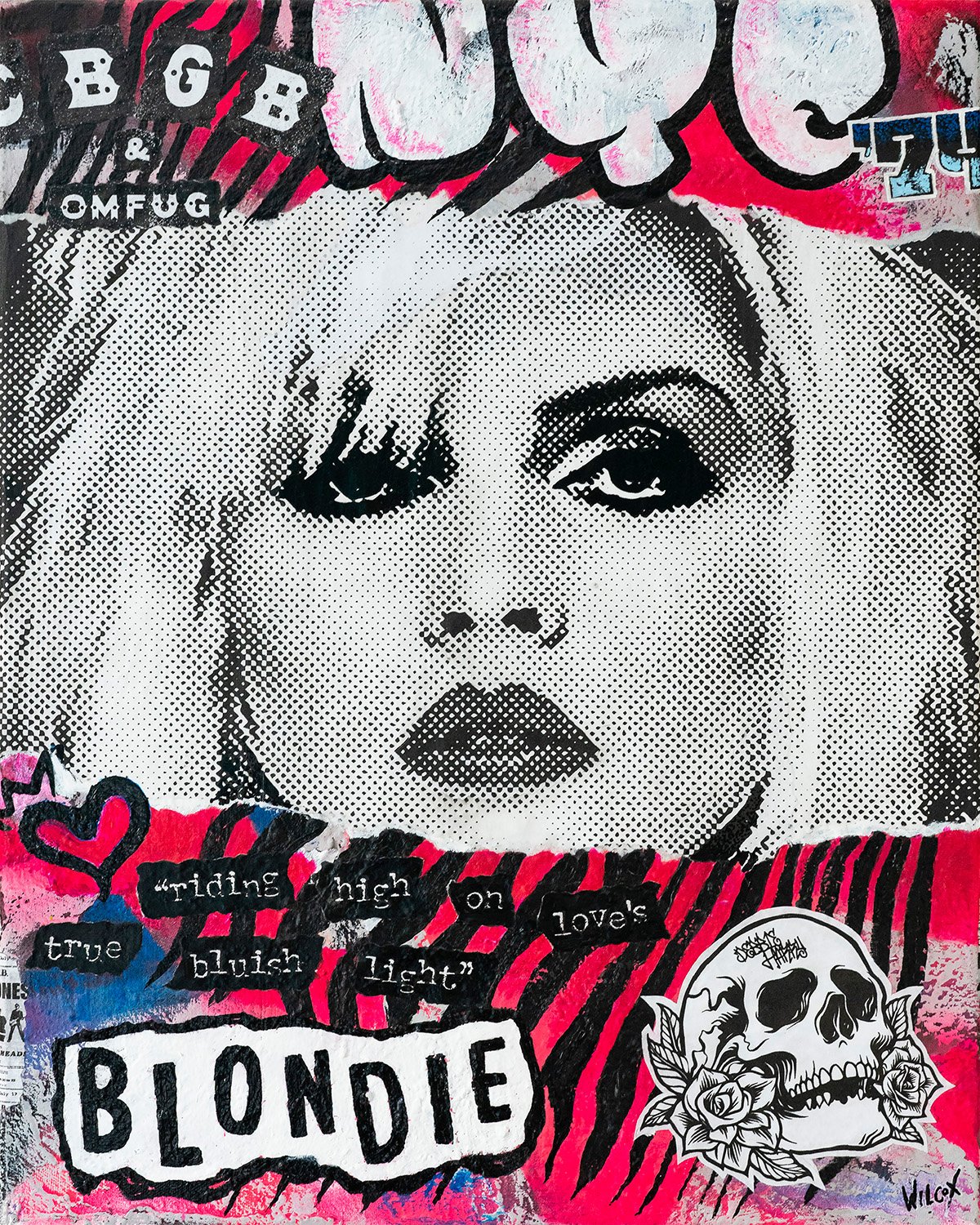 Blondie’s most recognizable number, “Heart of Glass” is considered one of the greatest dance songs ever made. With its funky new wave/disco fusion, a sweeping bass groove, the single spotlights Harry’s vocal range and the band’s eclectic sound. It would be their first number 1 single to top the charts on January 1, 1979.

The group toured and performed throughout the world[5] during the following years, and was inducted into the Rock and Roll Hall of Fame in 2006.[6] Blondie has sold around 40 million records worldwide[7][8] and is still active. The band’s eleventh studio album, Pollinator, was released on May 5, 2017.

And while she has had many early successes, the later years have been more challenging. There weren’t as many hit records or singles, world tour cancellations due to slow ticket sales and her then long-time partner Chris Stein has had ongoing health issues… She and Chris broke up in 1987 but still remain friends.

Here are some detail pix of the final piece. 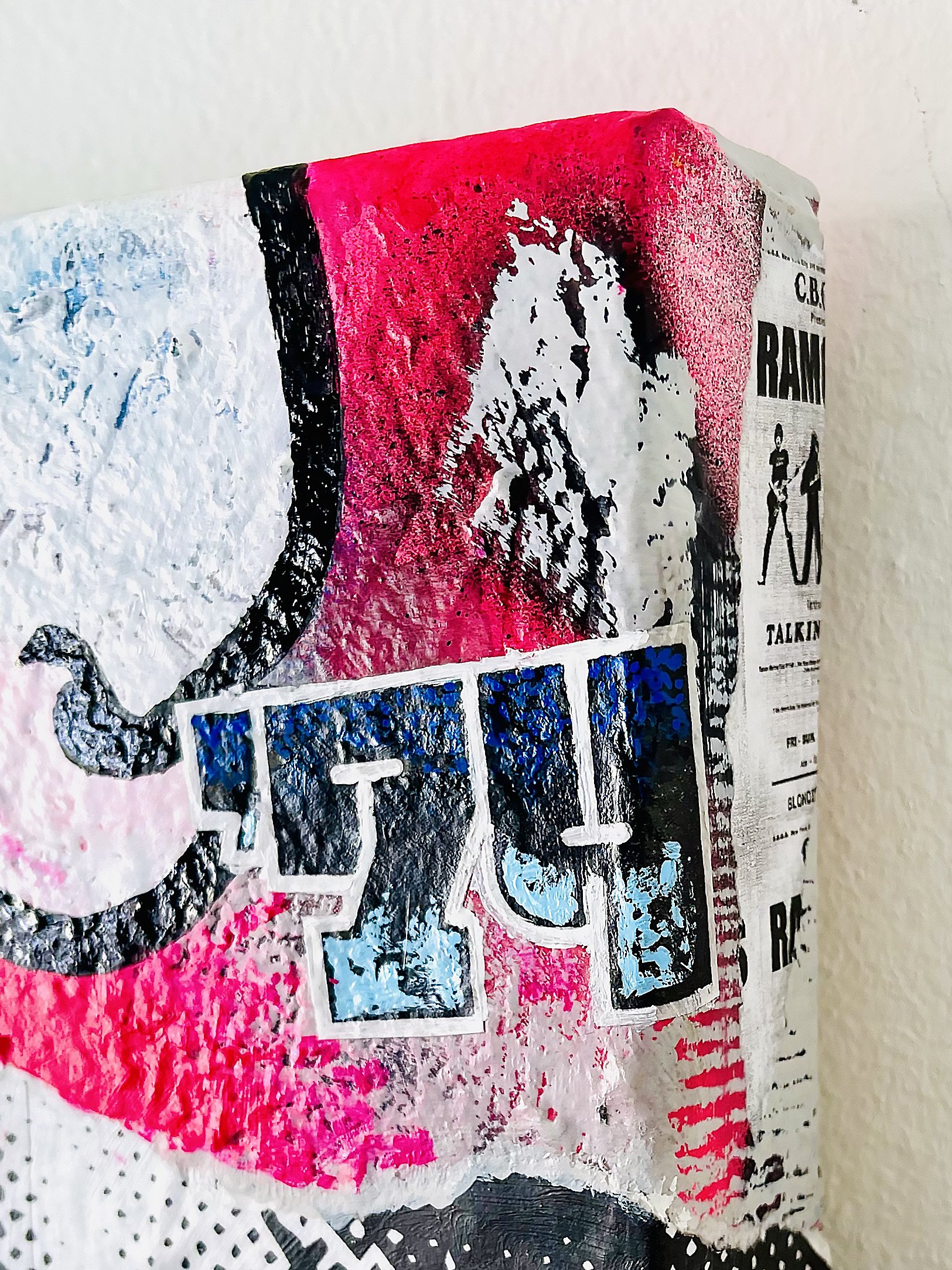 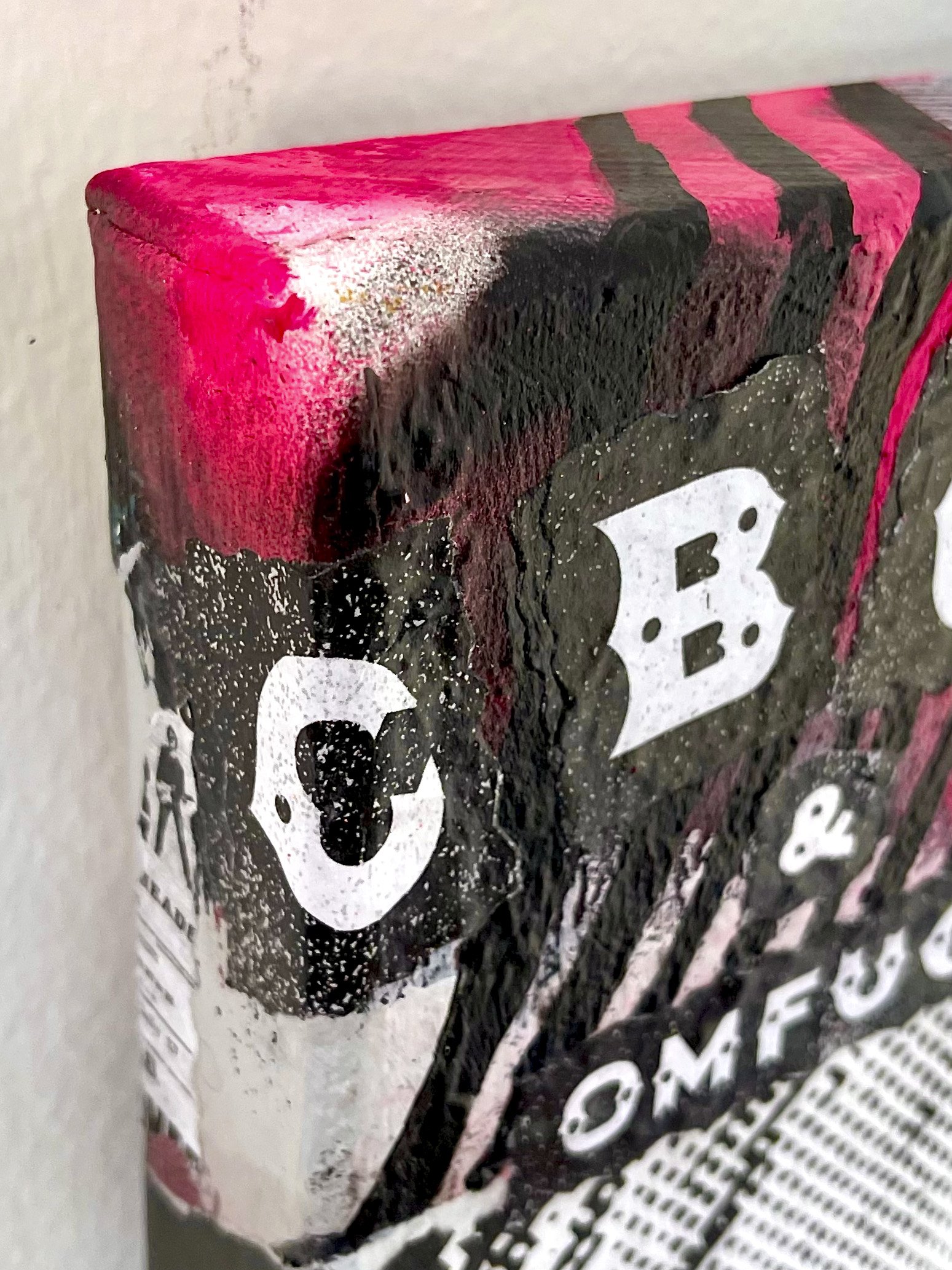 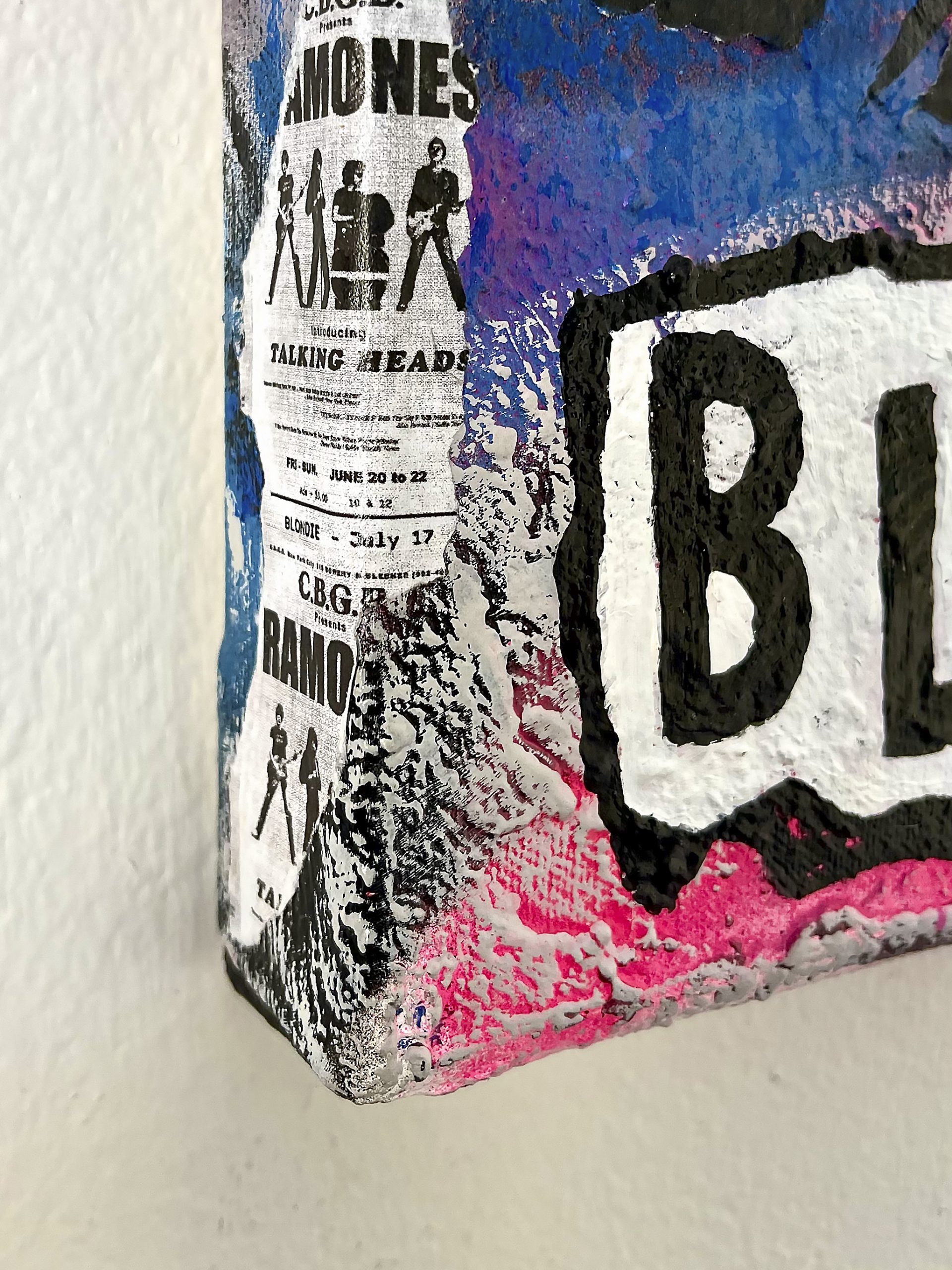 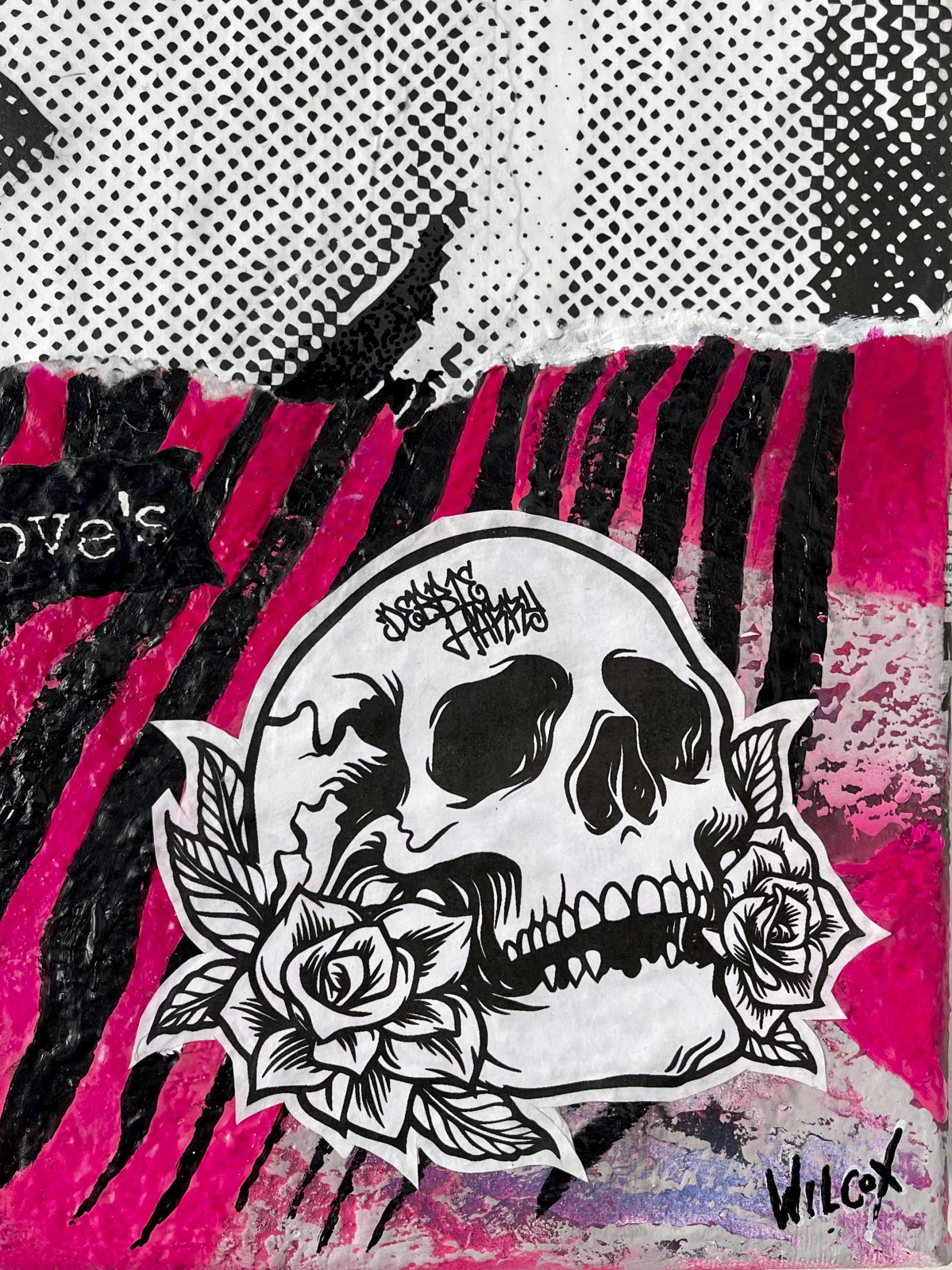 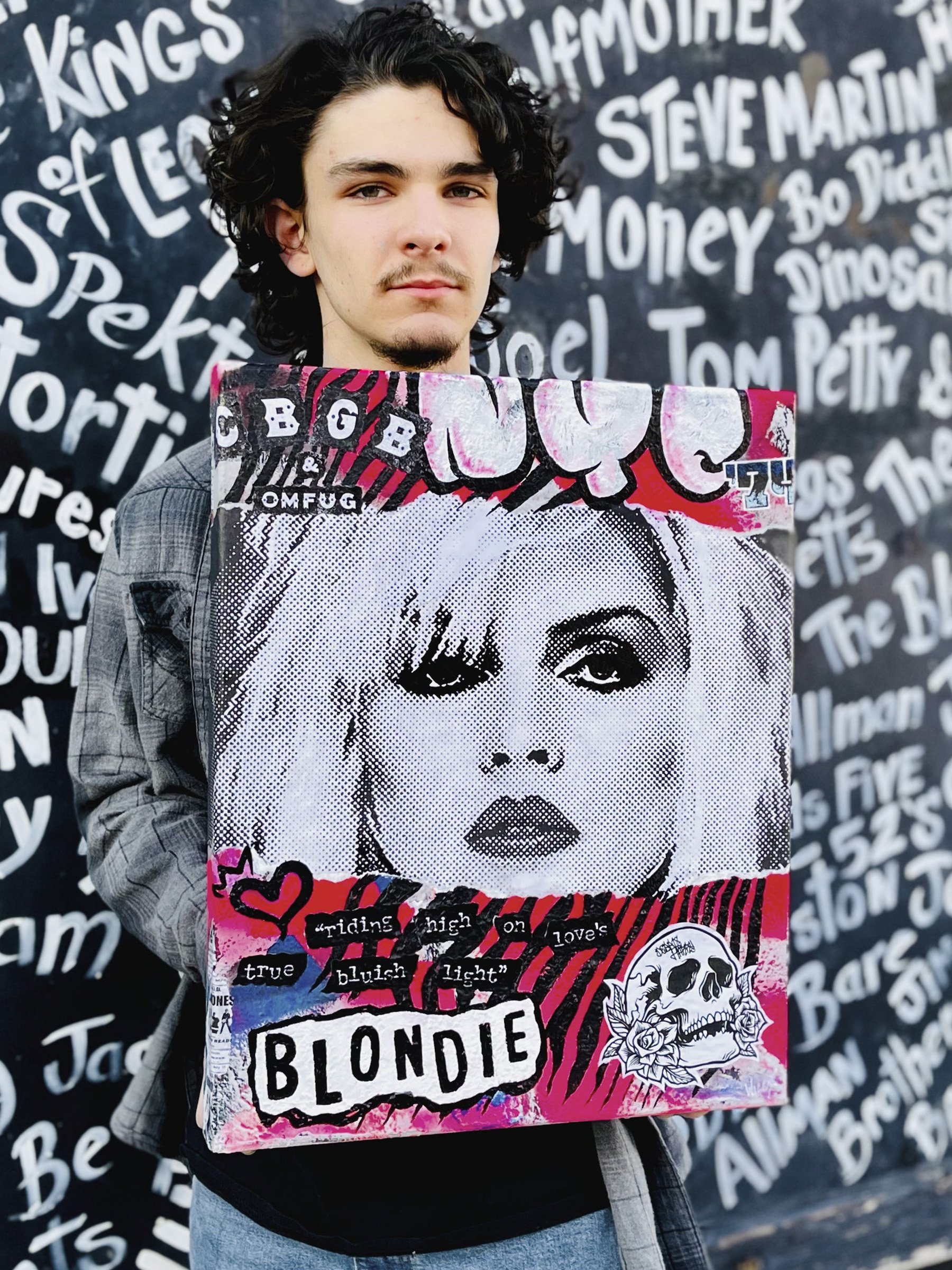 She is courageous. She is a fighter and a rebel spirit I truly admire.

You can read more about DEBBIE HARRY. Click for more on the band BLONDIE.

I love how this hybrid portrait turned out for the legendary Debbie Harry.

Who will be my next female portrait? I have a few ideas percolating.

Want to stay in the loop? Be sure to follow me on social media

If you are interested in purchasing this piece or commissioning work, please call or email the studio